The stories which inspire you to write will largely depend upon the genre in which you write. However, I have found that stories about the journey of writers, or people of any creative discipline, are especially inspirational and motivating. Here are just a few of the top anime and manga which use this to inspire writers, or any creatives:

Have you ever had the feeling that your story is running wild and your characters are making decisions on their own? Well this is an anime in which that literally happens. It starts off as an enchantingly strange tale of a duck-turned-human at a ballet school who turns into a magical girl and uses complex ballet moves to save her beloved prince. It takes its fairy tale inspiration and parodies, subverts, twists, and turns it every possible way. The ballet and classical music references are so accurate that the anime is even used as a reference in university courses and has had academic papers written about it.

2. Whisper of the Heart

One of Studio Ghibli’s most understated films tells the simple story of a young writer working on her first story, adjusting to changes in her life, and finding her place in the world. Some write this film off as boring or lacking in conflict, especially compared to some other Ghibli films, but it is an often painfully honest portrayal of the process that writers go through in their early stages. Like Shizuka, many of us do like to believe that life is like a fairy tale and become sourly disappointed when it doesn’t turn out to be true. But that doesn’t mean that we can’t find great stories within our own lives.

All writers will know this feeling

Another Ghibli film and another about a young person discovering their unique talents and forging their own life path. Again, Kiki’s Delivery Service can come across to some as slow and boring as it has no antagonist (outside of one little bitch who rejects her grandmother’s lovingly baked pie). The antagonistic force is actually Kiki’s lack of self-confidence as she goes through a period of transformation in finding her unique skill as a witch. There is also a lengthy portion about Kiki’s interaction with a young artist, which helps her to determine her reasons for doing what she does and gain her confidence back. 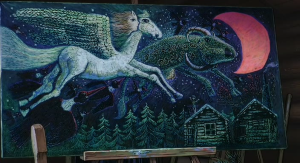 Also known as Hidamari Sketch, I have rambled on before about how this is one of my favourite anime and manga series, both for its lovable characters and how accurately it portrays the emergence of a trainee artist. The protagonist Yuno suffers disappointing setbacks and encouraging accomplishments as she tries to find out what she wants out of her artistic career, while also spending plenty of time having fun with her friends. 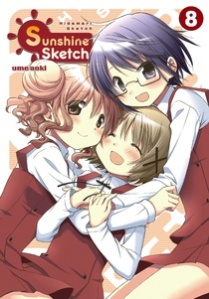 An anime about a girl training at a huge Cirque du Soleil style show, I love how this series portrays both the struggles of an emerging performer and of an established performer, almost in equal measure. It faces some tough issues that artists actually face at the beginning, such as becoming overly arrogant, wanting to hog the spotlight, and the balance between creating art and making revenue from it. It also subverts the recent American Idol idea that a positive attitude alone is enough to succeed, showing that setbacks can and do happen and can even cripple a career. Instead, the message is that consistent hard effort and learning from mistakes are the only way to succeed. The circus performances are also a tonne of fun to watch.

Back in the heyday of Tokyopop’s domination of the manga marketplace, they put out this three issue series by Russian-Canadian artist Svetlana Chmakova about a romance blooming at an anime convention. Not only is it a hilarious send up of fandom culture and the convention circuit, it also carries many lessons of becoming a creator, particularly of comics, such as accepting constructive criticism. The standard ‘fantasy forbidding parent’ plot is somewhat clichéd and the suffering artist plot is settled a little too easily, but it still alludes to several harsh truths about being a full time creator, presenting both the positive and negatives. There is an entire scene spelling out the multiple reasons not to be a creator and it is made clear that it is a large risk that requires a strong backbone even if you do become successful.

In this anime, a high school student starts up a school idol group as a way to drum up publicity for her school and prevent it from shutting down. Perhaps a somewhat naïve reason to get into the arts, but one which ultimately pays off and helps each of the group members to discover great things about themselves, which is why their group is fittingly named μ (muse). Plus there are more than enough musical numbers and cute outfits to entertain.

Another series about a wannabe singer, but one with a more rounded and tragic plot. In this case, the protagonist, Mizuki, loves to sing but has a malignant tumour in her throat that can only be cured by removing her vocal cords. She opts out of the surgery to achieve her dream of being a singer, even though it means she only has a year left to live. This is a rather tragic take on the ‘follow your dreams’ plot, but one that is subverted as the story goes on. Knowing that she only has a year left to live actually frees Mizuki from many of the pressures of the music industry and allows her to focus on her music rather than the industry drama. 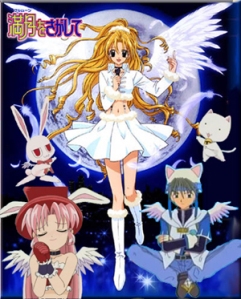 This obscure manga is hard to find in English, as unfortunately Tokyopop went bankrupt before the entire series could be translated. But if you can find it, it is both an entertaining story with vibrant characters and an inspiring tale on creating beautiful things for the happiness of others. The wedding dress makers in this manga frequently take on impossible jobs which keep them up multiple nights in a row, yet their passion for their work and the smile on the customer’s faces is what keeps them going. Yet there is also an underlying message about getting out of the studio once in a while to spend time with the people you love. Oh, and lots of lovely pictures of wedding dresses. 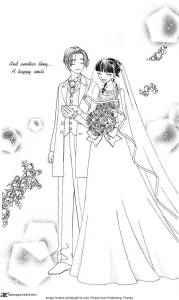 This one more than any other anime on this list will make you cry buckets, but in a good way. It is fitting that for Hayao Miyazaki’s final film he paid tribute to his hero, the real life plane engineer Jiro Horikoshi. The outbreak of World War Two means Jiro has to live with the fact that the planes he loves so much and works on so passionately are being used to kill people. And as we know from history, he was on the losing side of the war. Despite its highly controversial subject matter, it is a tragic yet also inspiring story, teaching us that we can’t control how our work will be used, critiqued, or interpreted, but that shouldn’t stop us from trying to make the world a better place. Watching this film actually taught me that the most important thing about being a creative is creating something that inspires others.

What anime and manga inspire you as a writer or creator? Tell me in the comments below!